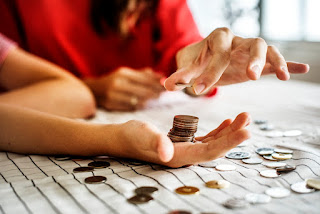 Should stock-market investors watch out for a volatility pickup?

A strong stock-market bounce from the Christmas Eve lows was accompanied by a fall in volatility. One analyst says investors would be well served to look at buying protection against a return to choppier waters.
While implied volatility, as measured by the Cboe Volatility Index VIX, -2.61% picked up last week as major stock indexes suffered a five-day losing streak, the trend has been solidly lower. The gauge, which uses options to measure expected volatility in the S&P 500 SPX, +0.69%  over the coming 30-day period, remained below 14 Wednesday after having closed Dec. 24 at 30.11. The long-term average for the index stands near 19.
Read: Why March’s ‘quadruple witching’ puts the stock market in danger of a late-month swoon
Over that stretch, the S&P has rallied nearly 20%, putting a dismal December and weak 2018 in the rearview mirror.
Volatility measures for other assets also remain subdued, despite rising geopolitical risks and other concerns, wrote Julian Emmanuel, chief equity and derivatives strategist at BTIG, in a note earlier this week.
“Perhaps within the context of both the risk rally and the idea that even in a cyclically higher environment, volatility has distinct ebbs and flows, it should not be a surprise that quiet has prevailed,” Emanuel wrote. “But in many ways the quiet is almost eerie, given the uncertainties, the last 6 months’ market action and the absolute low levels across assets.” (See chart below):
BTIG has recommended an options-strangle strategy on the S&P 500. A strangle consists of simultaneously buying slightly out of the money calls, which give the holder the right but not the obligation to buy the underlying security at a set price by a certain time, and slightly out of the money puts, which give the holder the right but not the obligation to sell. The BTIG recommendation calls for buying calls with a strike price of 3,000 and puts with a strike of 2,500.
This type of strangle strategy would typically benefit a trader if volatility rises.
Owning options offers “excellent risk/reward” opportunities in other asset classes too amid political brinkmanship that could see price volatility on par with that seen ahead of the U.S. debt-ceiling deal in August 2011, Emanuel said.
“Whether you are hedging, speculating, or trading volatility, the cost of being wrong using options has seldom been lower,” Emanuel said.
The retreat in volatility from elevated levels in late 2018 made sense as the worries that contributed to the stock-market selloff faded, said Jim Carney, founder and chief executive of alternative investment manager Parplus Partners, in a Tuesday interview. Meanwhile, the lack of a pickup in volatility in Europe despite continued Brexit uncertainty has been a surprise, he said, reflecting investors that appear “anesthetized” to the drama.
“In the U.S., I think that volatility is a little bit cheap. I think we are going to have some moves this year,” he said. I think that the economy is slowing down and I think how much we slow down we don’t know,” he said.
But Carney doesn’t think a pickup in volatility is necessarily imminent.
The Federal Reserve has hit pause on interest-rate increases, fears of an imminent U.S. recession have faded, and fourth-quarter corporate earnings were solid, he said, which have contributed to the stock-market rally and the decline in volatility. Down the road, concerns about corporate earnings in the current and coming quarters are likely to re-emerge and the U.S. economy is likely to slow down. When that arrives, volatility is likely to pick back up, he said.
The fourth quarter of last year will likely offer a blueprint, Carney said, noting that stocks that weren’t supported by corporate buybacks and “cash-rich” balance sheets took a bigger hit.
“It’s the companies that don’t have buybacks, don’t have big cash reserves” that remain more vulnerable, he said. “Something like Netflix NFLX, +1.39% is in a very different situation than an Apple AAPL, +0.44% because [Netflix] doesn’t have the same cash reserves and they have a lot of cash needs.”
कृपया अपने ई-मेल इनबॉक्स मे वेरिफ़िकेशन लिंक पर क्लिक करें और सब्सक्रिप्शन को वेरीफाई करें

add yourself to Google search 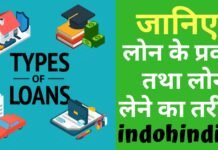 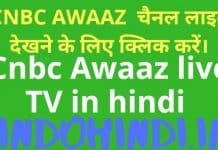 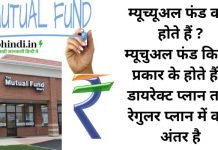