The movie tells the story of Pooja Malhotra (Hema Malini), her husband Raj (Amitabh Bachchan), and their four sons Ajay (Aman Verma), Sanjay (Samir Soni), Rohit (Saahil Chadda), and Karan (Nasir Khan). The couple has provided their children with everything, often at the cost of Pooja’s and Raj’s own requirements. The Malhotras have an adopted son Alok (Salman Khan), who is in love with Arpita (Mahima Chaudhry). Alok was an orphan and Raj provided him with money and education, bringing him up as his own son. Now a successful man, Alok worships Raj because of all his help and thinks of him as his father. An elderly couple wish their children to care for them in their old age. But their children see and treat them as a burden, and they must struggle to regain their worth and dignity to themselves and others. Raj has a flourishing job. But, once he retires, he is unable to support himself and has to vacate the house he and Pooja have shared for years. They decide to live with their kids to enjoy their love and affection. However, their kids do not want them. The children decide to split the parents up, each parent going to live with one of the sons for the next six months. The children think their parents will refuse the offer and therefore, they will remain in their home. However, the parents reluctantly accept the offer. The parents endure this separation as well as horrible treatment from their children, after all, they have sacrificed for them. Their grandson, Rahul, is the only one who gives Raj love and affection. Saddened by the treatment he has received from his children and their families, Raj writes down his feelings about how he fulfilled his children’s dreams and, in return, how they treat him, as well as his love for his wife, and how much pain their separation has caused. His writing eventually becomes a novel. Pooja, meanwhile, endures abuse from her son and daughter-in-law(Suman Ranganathan), as well as her granddaughter, Payal (Rimi Sen). Payal, though, realizes her mistake when Pooja saves her from her boyfriend’s sexual advances and nurtures Pooja with love. While changing their trains after six months, Pooja and Raj spend some time together in Vijaynagar. There they suddenly meet Alok, who takes them to his home and gives them the importance and care which their real sons did not. Raj finds out that his writing has become a published book named Baghban. This book becomes a big hit, selling the first copies immediately. Raj, as a result, gains the money he needs to support himself and Pooja in their old age. Their sons ask their parents for forgiveness to achieve this end. Payal and Rahul (Master Yash Pathak) (Sanjay’s son), though, realize their true motives and refuse to come with their parents. Raj is honored for his work, and the four sons attend with their wives. But when they ask Pooja and Raj to forgive them, they instead refuse and disown them for the pain their sons have put them through. #salmankhan 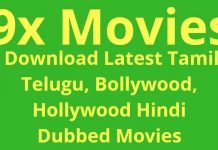 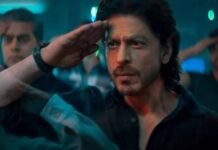 rahul - February 13, 2020 48
We use cookies to ensure that we give you the best experience on our website. If you continue to use this site we will assume that you are happy with it.Ok